Once an Eagle, always an Eagle.

After 19 years of a well worn brand, The Cape Breton Screaming Eagles, one of Canada’s major junior hockey teams, was in need of a refresh. The team came to us looking for something that reflected their new set of core values, and that would unite their team members from across the country under one banner of pride and comradery. We established a new identity for the Eagles to own, one that would distinguish them from their competitors and inject refreshed excitement and passion into their team and the entire community of fans.

Despite being the major junior hockey team in the region, the Eagles sensed a disconnect from Cape Breton, brought on by having a team made of half Quebecois and half Maritimers. The result: a lacking sense of cohesiveness and Cape Breton pride, two things that were integral to the team’s success. Working together with the team we came to understand how their newly refreshed core values would bring the team together and set them apart from the competition. Our task was to build a refreshed brand that would match. 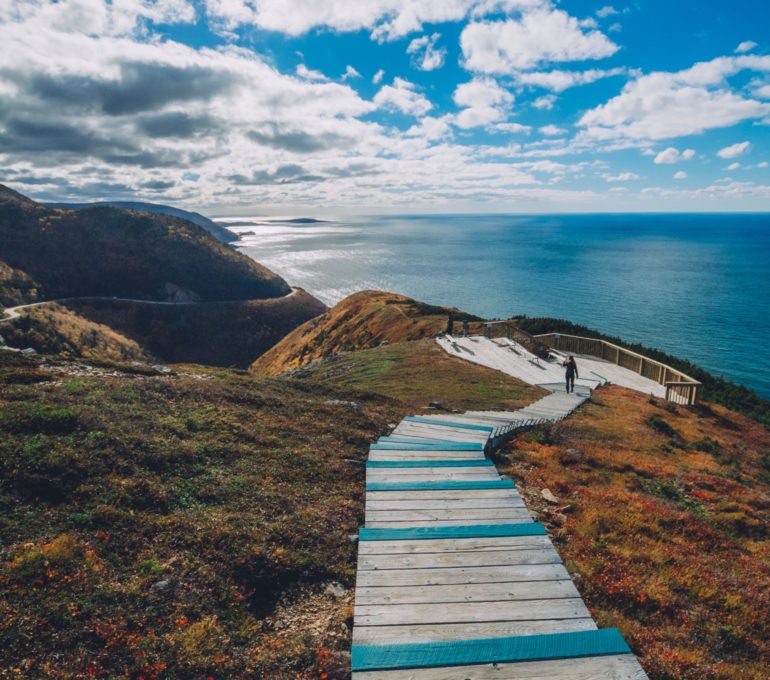 Although the team drew heavily from different cultures, Maritime and Quebecois, the players were united by a deep sense of pride for where they come from, a trait they share with the people of Cape Breton Island. In collaboration with the team, we established the idea of unity as our focus, positioning everything around it as we moved into execution. The brand would unify the team identity behind a contemporary emblem that players of that age group could rally behind and wear with pride. Where members came from may have seemed different, but what brought them together was all one and the same. The Eagles are not only a team, but one united and fiercely loyal family. 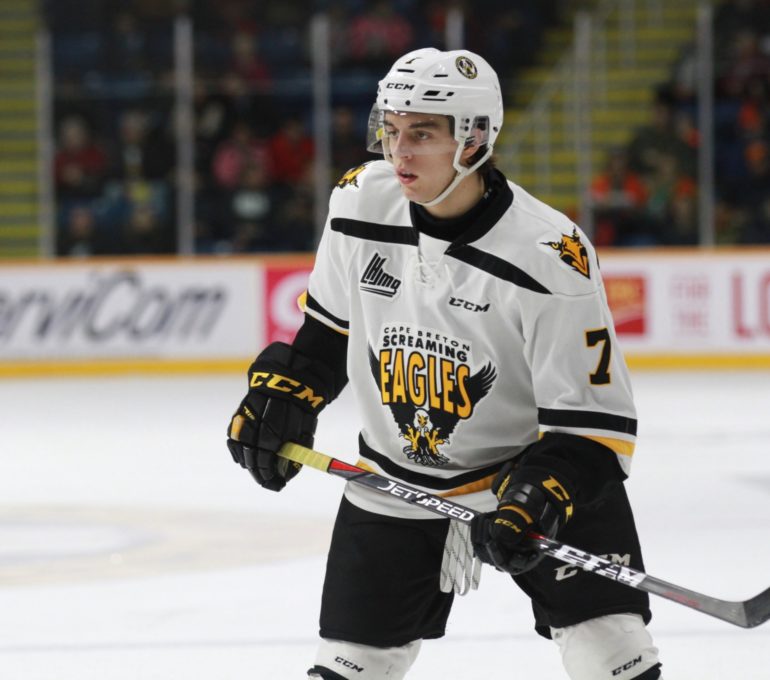 Change can be hard, and we knew that the team and their fans would only accept a rebrand that built on what they already loved and pushed it further. So that is what we did. The Eagles started their 2019 season with an excellent reception of their newly launched visual identity, donning new and old team members alike in jerseys emblazoned with the new logo. Social channels and physical collateral were themed following our art direction in celebration of the event, with a refreshed website and merchandise rolled out after. Since its launch in October, the Eagles have carried the new brand forward with pride, living it fully and bringing it to life. 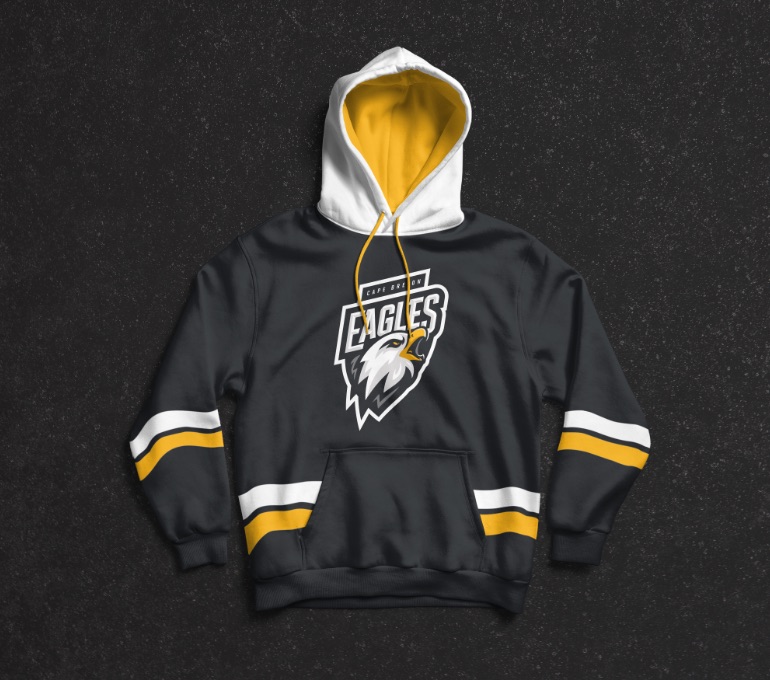 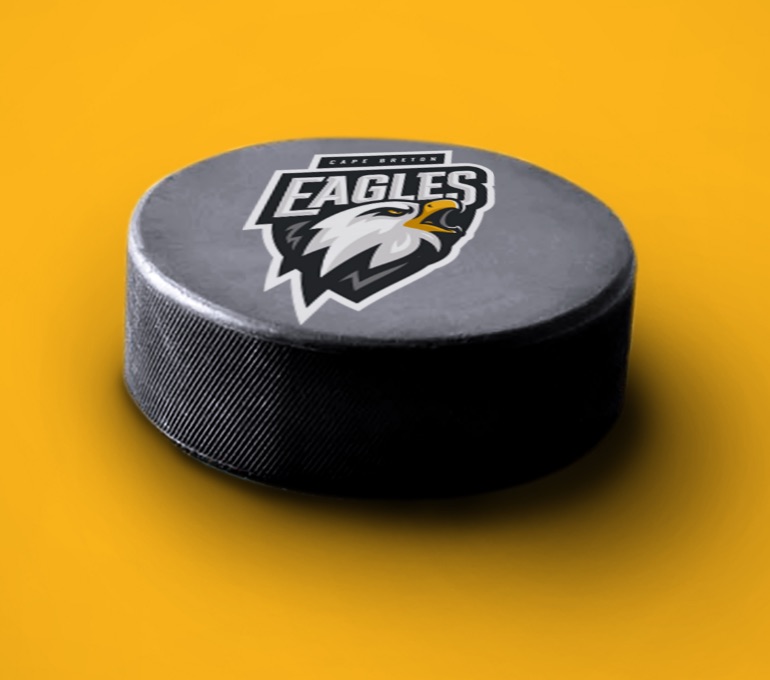 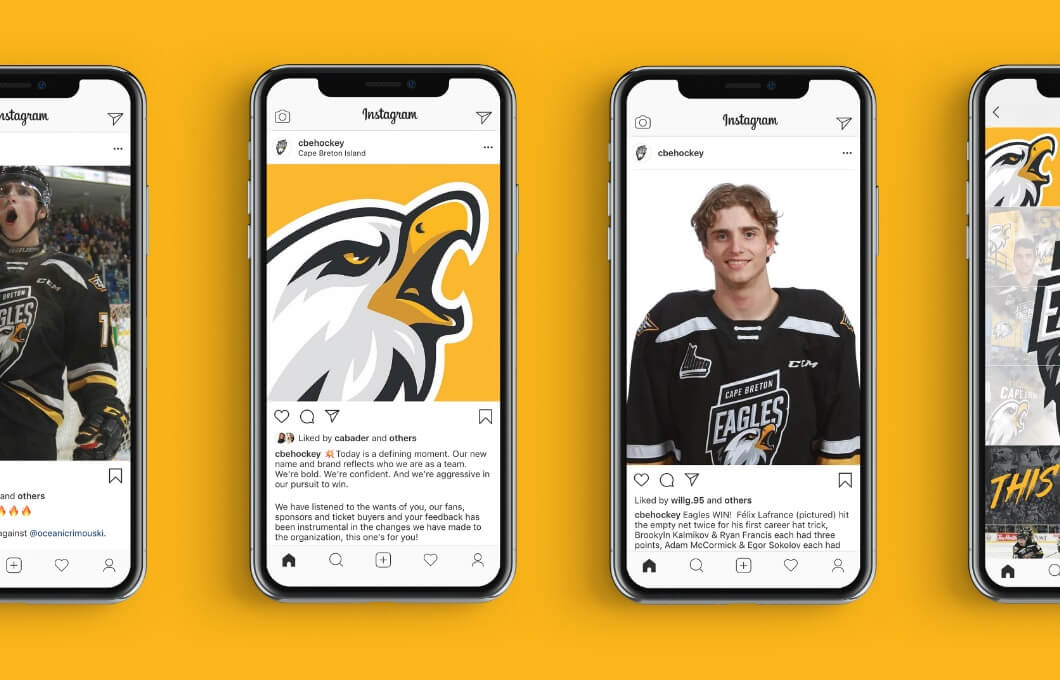 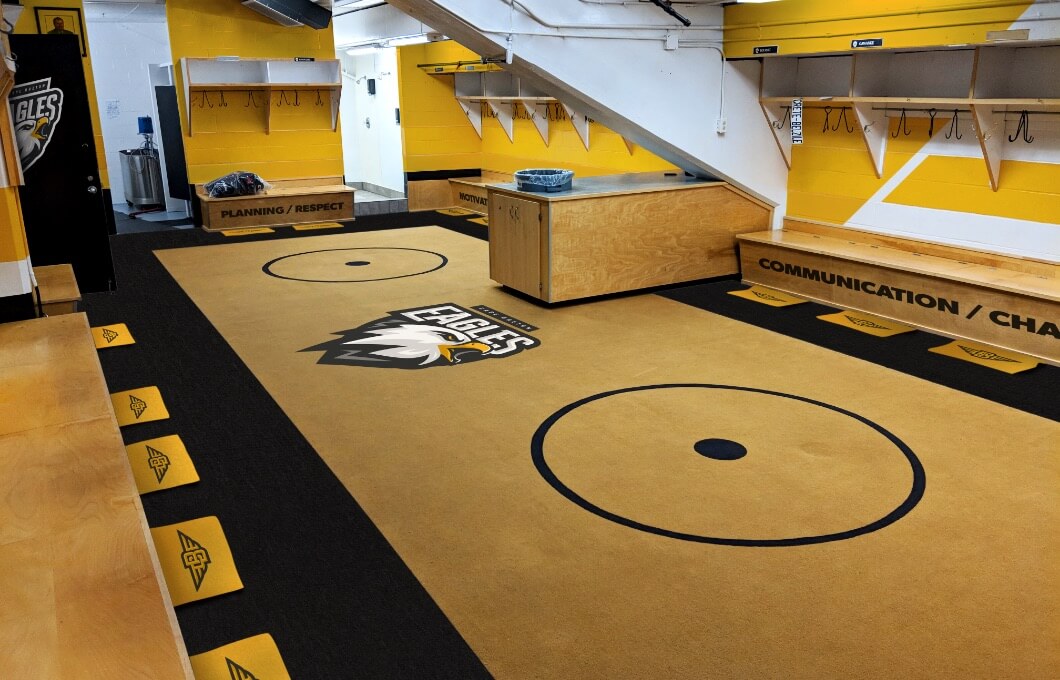 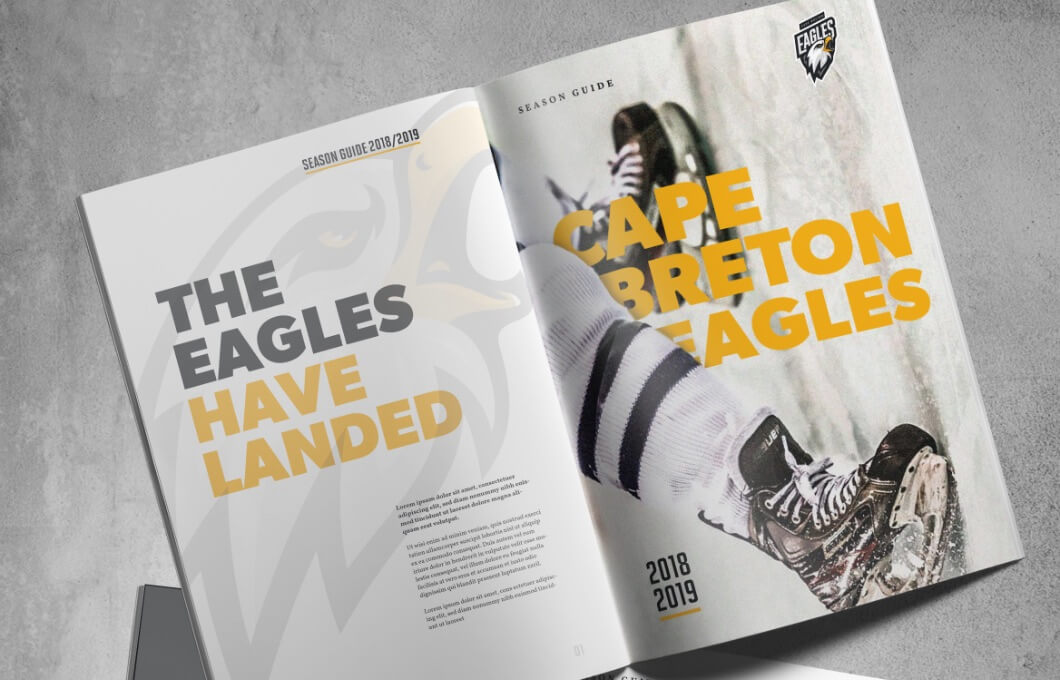 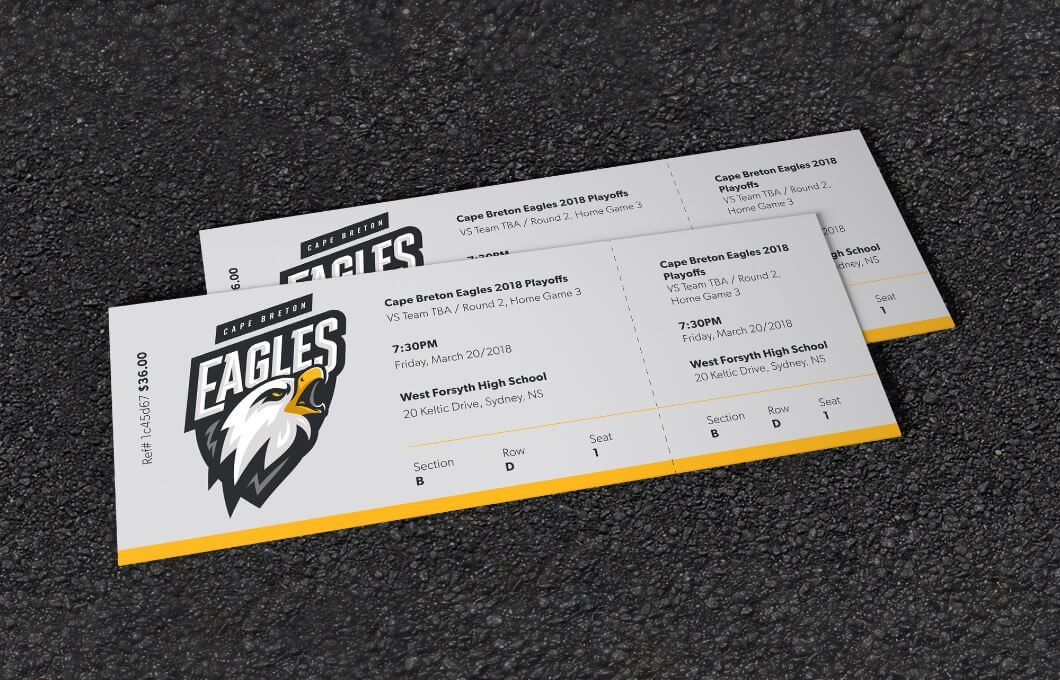 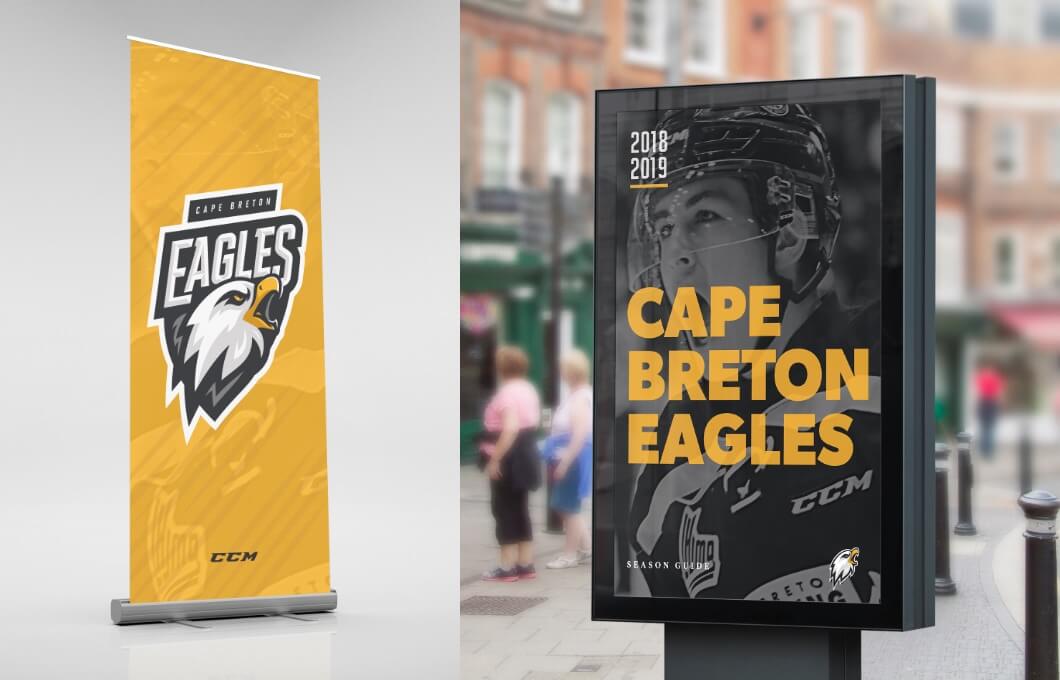 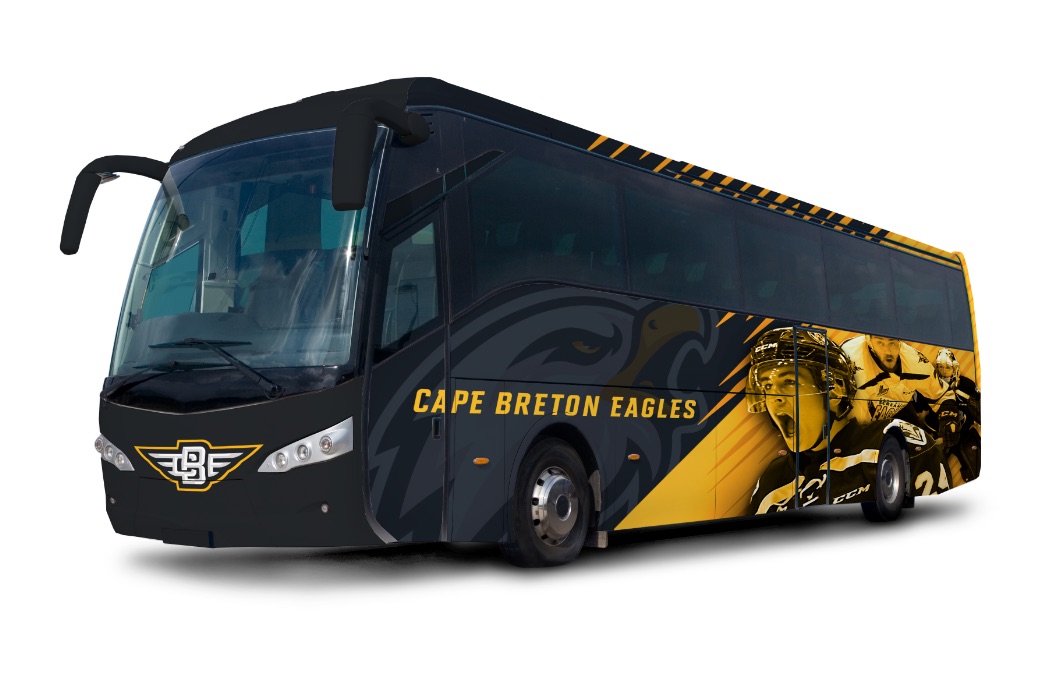